“One of these things is not like the other…”

I’ve mentioned before that Disney’s bizarre idea to glorify and market pirates to children irks me.  Now, they’ve taken it a step further.

If you’re not familiar with my parrot (who I have co-opted from my girlfriend, which she denies), that’s him up on the masthead of the site.  His hobbies include eating (peanuts, carrots, seeds and anything on your plate he feels like helping himself to), singing along with various pop music and of course, watching countless hours of TV.  Jake and the Neverland Pirates is the Disney Jr. program that is usually on his TV when I leave the house in the morning, so I often catch a few minutes while I see to his breakfast needs.  Our conversations usually go like this:

Of late, it feels as though each and every brake has featured a commercial for the upcoming episode, Jake and the Neverland Pirates: Peter Pan Returns.  Although I have not seen it, I have a fundamental problem with this episode.

You know all about Peter Pan, right?  He’s the boy who never grows up and flies around in green spandex, waving around a tiny sword while wearing a very masculine hat.  Peter flies to London, meets Wendy and her brothers, takes them back to Neverland and they rock out:  they fight Captain Hook, exchange thimbles as kisses, clap to keep Tinkerbell from certain death – all that jazz.  It might sound like fun and games, but when it comes to Captain Hook and his pirates, Peter Pan means business; in fact, there was this one time when Peter cut off Captain Hook’s hand and fed it to crocodile.  Now that is how you put your enemies on notice!

If we were playing some weird word association game where you named a noun, and then I said a noun that had an opposite effect to the first noun, it would probably go like this:

Therein lies the problem.  Jake and the Neverland Pirates are pirates, but Peter Pan is the anti pirate!  (Something I feel he made clear with his pirate dismemberment policy.)  These guys can not hang out.  I know, I know, Jake and his gang are good pirates, but I think I’ve wasted enough of everyone’s time pointing out that such a concept as “good pirates” is bullshit, but no matter what kind of pirates they are, it doesn’t matter – Peter Pan hangs out with the Lost Boys and fights pirates – he doesn’t chill with them!  And yes, I know that the good pirates fight the bad pirates, but I think a ‘the enemy of my enemy is my friend,” concept might be a little too complicated for Disney Jr., so what the hell is going on here?

And the episode is called, “Peter Pan Returns?”  Where did he go?  London?  Wait, was he subletting a flat in SoHo?  For how long?  Doesn’t he grow up if he leaves Neverland?  And isn’t Neverland his home in the first place? Why would he leave?  It’s kinda like Superman Returns, I guess – maybe he went looking for his parents…  did something like that happen in Hook?  (I bet you didn’t know Phil Collins had a cameo in that movie as the police inspector!)

I’m thinking too hard about this, but Disney needs to knock it the hell off.  As if Peter Pan wasn’t a violent enough story, now it’s so complex I can’t even follow it.  This needs to stop now, and Disney needs to put pirates back on the bad guy side of the line where they belong.

Add a comment Cancel reply
You may also like
Captain America: The Winter Soldier (movie review)
I finally got around to seeing Captain America: The
Indiana Jones & the Kingdom of the Crystal Skull movie review
Indiana Jones and the Kingdom of the Crystal Skull
5 Things Dog Owners Are Doing Wrong On Walks
To My Fellow Dog Lovers, Hi! You own a dog and therefore
Groundhog Day Movie Review
Before I get into this, I just want to make it clear

Han Solo or Luke Skywalker?
When I was growing up in the 1980s, Star Wars was about 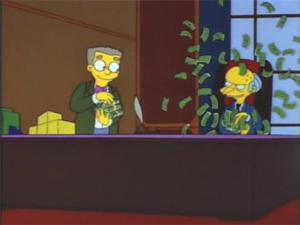 The Highwaymen Explained: What’s Up With the Ending?
America, 1934, Great Depression. The gang of Bonnie

How to Train Your Dragon 3 Explained: What’s Up With the Ending?
For those who have just turned on the TV, we recall